My children have competed in Marching Band. By the time they all graduate, I will have watched over a decade of Marching Band. Every Friday night and many Saturdays in the Fall I have sat in stadiums around Texas to watch amazing groups of talented students.

I was not in Marching Band in school so I have no idea what it is like. I did have a taste of it during a couple of Parent nights when the students had to  teach their parents some simple drills. I will admit, it was hard! And I was just trying to step in a line not also playing an instrument. I have been so proud of my children and their commitment to this sport.

My two daughters are marching in the same band this year which is a first. I have watched some awesome shows this year, and watched videos of each performance. But I had never watched a video like the one just posted by a band member.

Tristan Rogers, a Junior Baritone player wore a GoPro on his hat for the final performance of this year's show, Rogue. I seriously loved! It gives a new lens to view the experience through. It reminds me of a Google Connected Classroom event I watched several years ago where a dog sledder wore a camera to show students what it was like to drive a dog sled. Technology gives us perspective we could not have seen before.

Rogue from the Baritone section:


And if you want to see what the show looks like from an audience member, here it is: 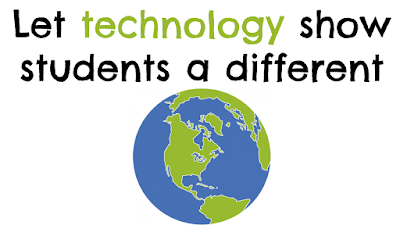