So we got our Makey Makey and setup the obligatory Banana Piano. It was a hit at my main campus library. Within a few tries I had kids holding hands to make circuits, playing a symphony on several computers, and even harmonizing with each other. Our Technology Integration Specialist even had someone record her playing "Ode to Joy" which was the first song she learned in piano lessons and sent it to her mom!

I packed up the stuff and took it to my 9th grade campus library and had a different reaction. We have a small Maker Club there because I am only on that campus a day or two a week. As my Maker kids were exploring the Makey Makey, other students were in the library for credit recovery and tutoring. Several of those students were very concerned with the fact that we were wasting perfectly good bananas! I also had celery and they were much less concerned about that!

After seeing an article in the local paper about the Children's Museum in town adding Makey Makeys to their activities, I took a set, some bananas, and a Chromebook to my nephew's birthday party. The three year old loved it! He played the Banana Piano with abandon. His two year old brother banged on one key long enough to split open the peel and then turned it into a snack!

So much learning going on! 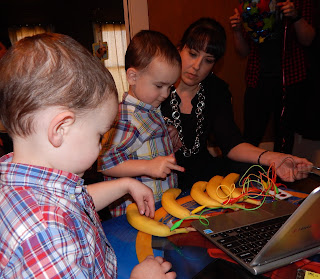 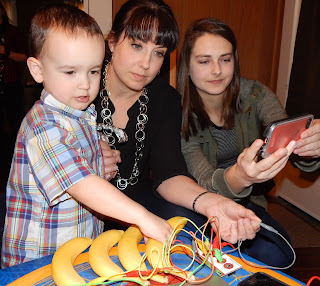 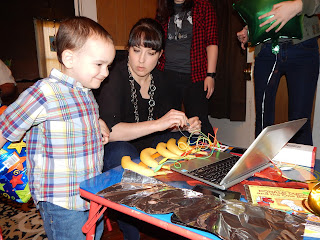 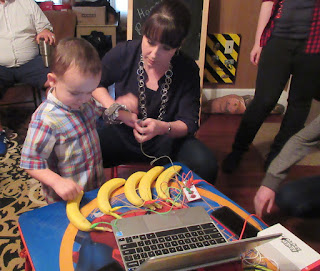